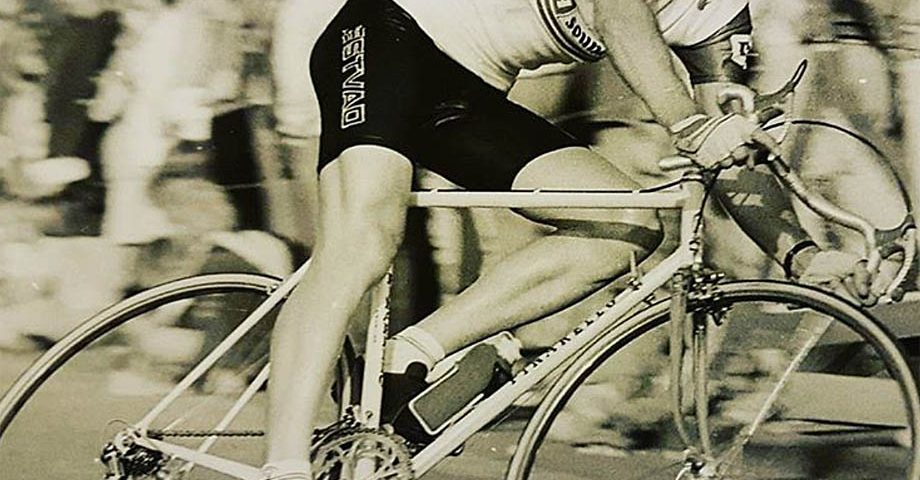 Retro Interview: Following on in our series of retro interviews; next in line, Ed Hood spoke to Danish ‘workman’ professional Per Bausager. For 13 years in the 70s and 80s Bausager plied his trade in Belgium and Italy, with occasional stints back home in Denmark, but he was highly thought of and was repeatedly called back to Italy by the top team leaders. 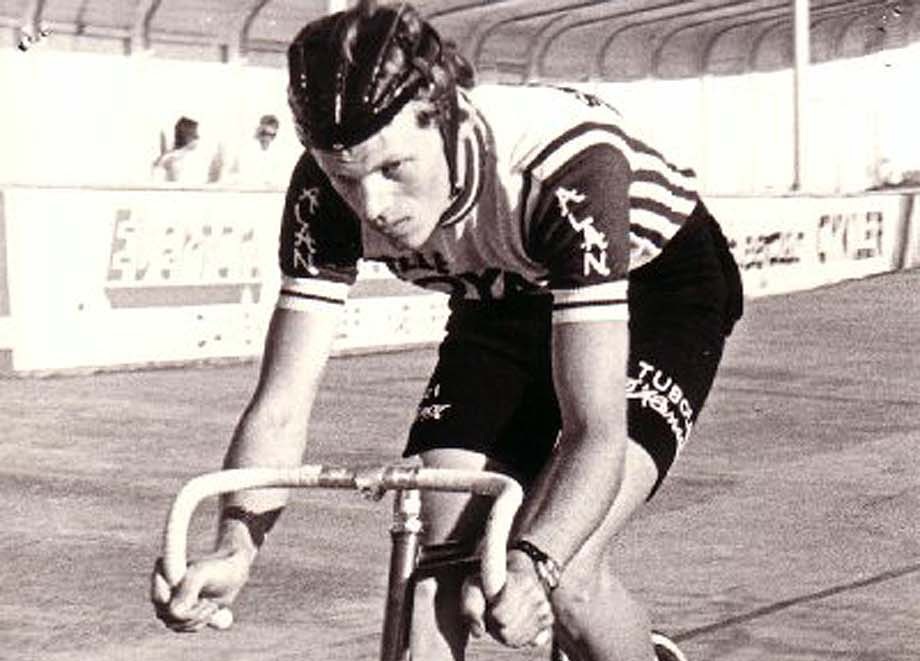 The road to a pro contract hasn’t changed that much over the decades; you’re good as a junior, keep the progression going as an amateur, get picked up by a ‘development team’ – the pro talent scouts spot the sparkle and there’s that nice crisp contract to sign before the reality of a high speed pro peloton sets in.

But it wasn’t quite like that for Danish professional Per Bausager – in the 70’s and 80’s he rode in the service of some of the biggest names of the era. We caught up with Per at the Copenhagen Six Day due to the good offices of Kris, our soigneur on the ‘inside track’ of the six days – Per was one of Kris’s boys ‘back in the day.’ 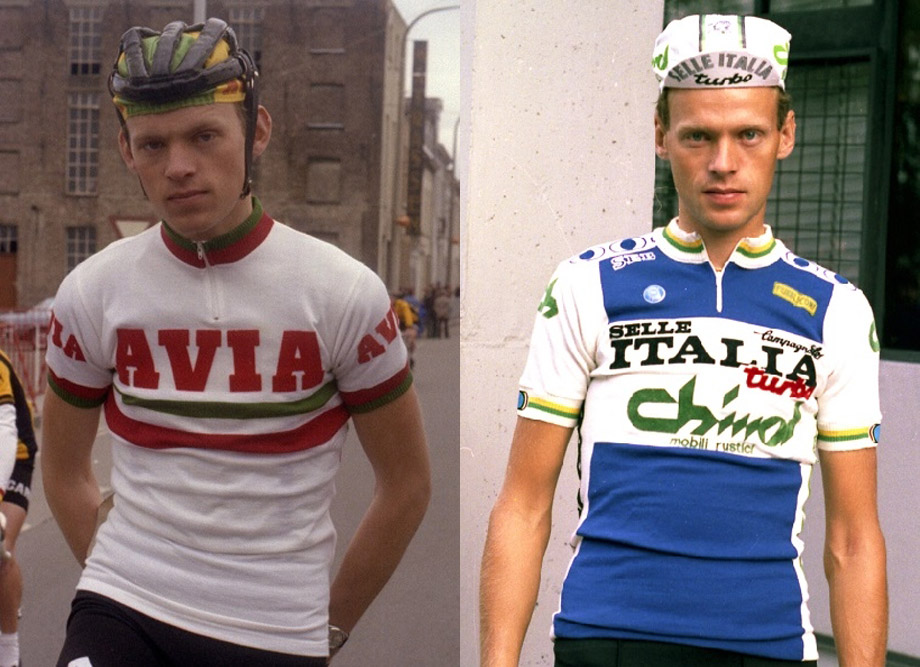 Per takes up the tale of how his first pro contract was signed:
Per Bausager: I was riding the 1977 amateur Six Days of Antwerp with my countryman Hans-Henrik Ørsted when this Italian guys started shouting at me from the track side to ‘come down!’ Of course I didn’t, we were riding a race! When the chase finished and I came off the track, I spoke to him. Earlier in the year I’d ridden in Italy for six weeks with another of my compatriots, Jorgen Marcussen and during that time I’d made the podium on numerous occasions. Selle Royale was putting a pro team together around the former world champion, Marion Basso – they’d heard I was a good rider and wanted me so they’d sent the guy to get me. He told me that their training camp had already started and they wanted me in Vicenza the next day to sign a contract and be at the team presentation in Vicenza. He drove me to Brussels station and I caught the overnight train to Milano. I met up with my friend Marcussen in Italy and got some sleep in his Vibor team mate Franco Bitossi’s bed whilst he was out training. That night I signed the contract and was at the team presentation.

PEZ: Basso, a famous name, what was he like?
He was a difficult man, very egotistical who got mad at everyone if he didn’t win; he had a big temper – he was, of course very classy but we didn’t get along. 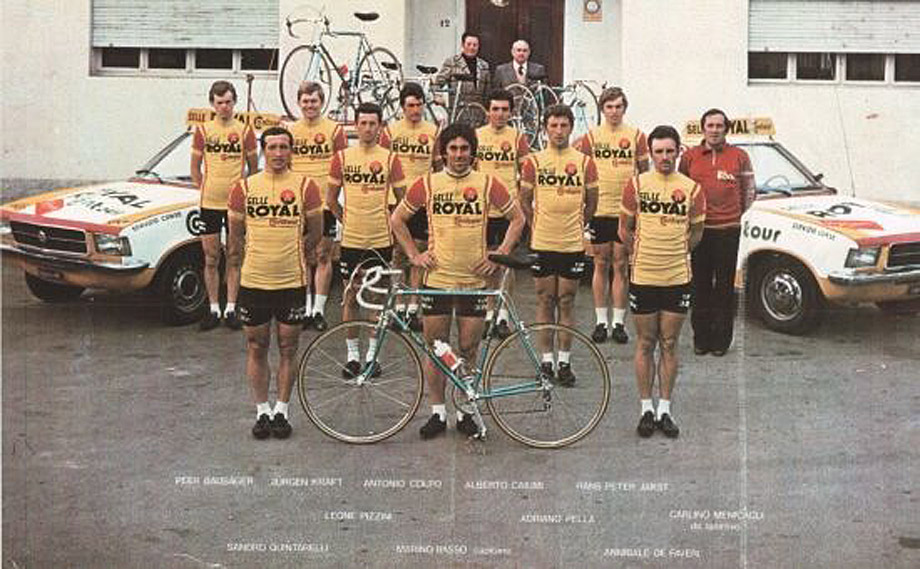 PEZ: So a change of team for ’78?
That’s right, I didn’t get along with Basso so I joined Zoppas in Belgium but the team folded due to financial problems before we even got to Milano-Sanremo so I joined Marcussen at Avia-Groene Leeuw.
It was a strange year; I liked Belgium and the Belgians but didn’t like racing in Belgium–‘Chemist’s Races’ we called them. . .

I performed poorly but fortunately, Marcussen won the bronze medal in the Worlds and got an offer from Italy for 1979 – he took me with him and so for that year I lined up with Magniflex. We had Luciano Pezzi as DS, he was very experienced; he’d been Gimondi’s DS and would later mentor Pantani. It was a strong team with the Italian star Gibi Baronchelli and the strong Swede Bernt Johansson as captains. I got on well with them and was in the team which backed Johansson to third in the Giro; I always made the first group in the mountains in support of him. I only had a few top 10 placings of my own but back then you worked for the team captain, it wasn’t like now where more guys in a team can have the opportunity to win. 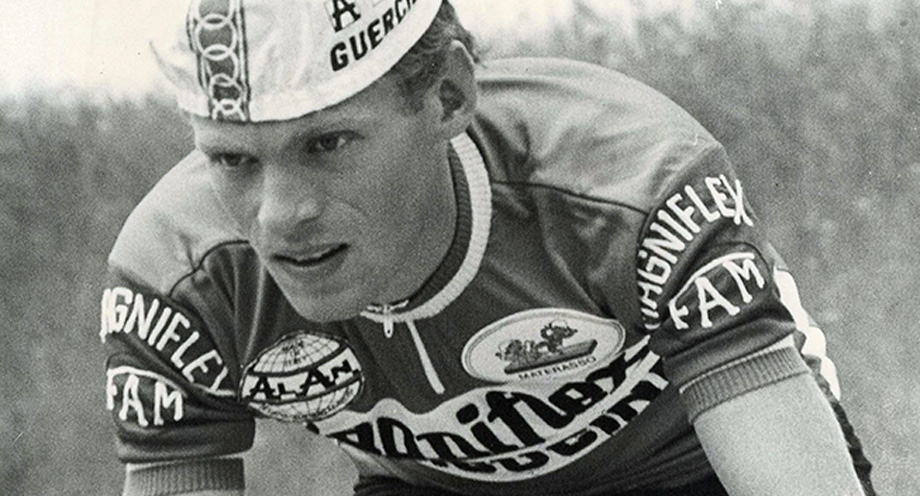 PEZ: You started the ’79 Tour de France for Magniflex?
Yes, but I got sick, I was running a big fever, I didn’t want to quit but the doctor forced me to go home – it was very disappointing because I was sitting second in the young rider competition, I was very motivated. Ultimately it wouldn’t have mattered though because Baronchelli got sick and the whole team went home – after he quit there was no reason to stay.

PEZ: And you were back in Denmark for the start of 1980?
I rode well in ’79 so before the Worlds Baronchelli approached me and asked if I’d ride in his service in the championship. The Italian team was supposed to ride for Moser and Saronni but Baronchelli had his own ambitions and said that he’d pay me and ensure I had a contract for the next season if I worked for him in the Worlds. I did a lot of work for him, pushing him on the climbs for the first 200K but he failed to finish. I asked him several times about our agreement but he never gave me straight answer and I ended up out of contract for 1980 so I organized my own sponsor, won a race or two in Denmark and rode the track more. Later in the season I went to Italy to prepare for the Worlds and Marcussen convinced his team, Inoxpran to give me a ride. I rode the three races which make up the Trittico Lombardo – Worlds preparation races – the Tre Valli Varesine, Coppa Agostoni and Coppa Bernocchi getting top 10 in all three and that got me a contract with Inoxpran for 1981. The DS was ex-pro Davide Boifava who was a good guy. 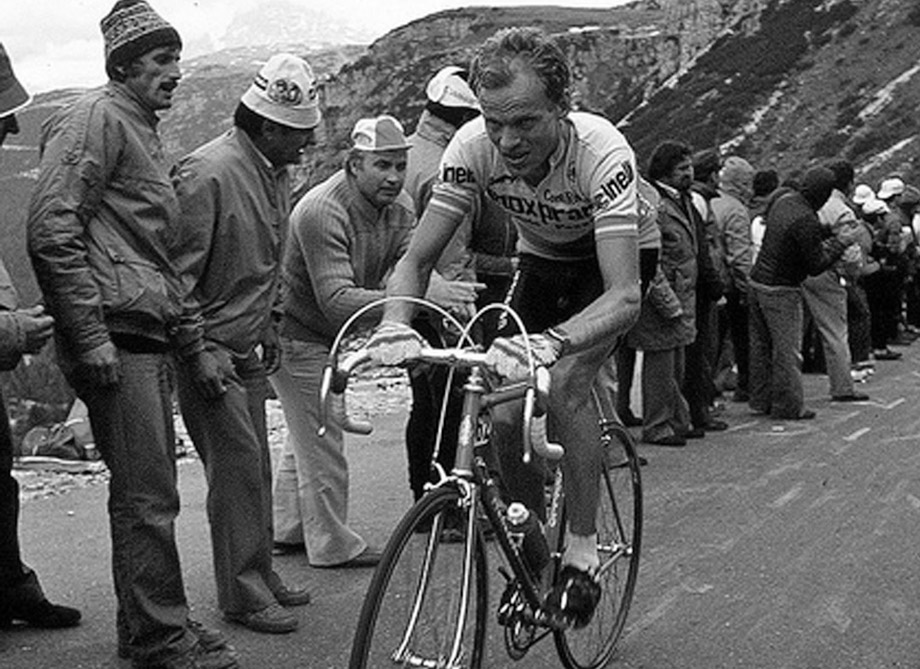 PEZ: And you were part of Giovanni Battaglin’s Vuelta/Giro double triumph in 1981 ?
Yes, 1981 at Inoxpran was very good for me and I had that seven week spell where we rode the Vuelta then virtually straight into the Giro. Battaglin was a good leader, very calm, I never once heard him shout at anyone; I had my ups and downs over those seven weeks though – my normal racing weight was 67 kilos, I came out of the Giro at 62 kilos, totally kaput!

PEZ: A good season but no renewal for ’82?
Battaglin got mad at Marcussen because he thought he wasn’t serious and because I was his friend and Danish too, he fired me as well! But it wasn’t fair on Marcussen because he’d been sick. After he’d fired me he called me a few weeks later to come back, Battaglin wanted me on the team; he called me several times over the autumn but by then I’d already promised Selle Italia that I’d ride for them – I’d also promised my late brother, Jacob that I’d ride with him at Selle Italia. I would have like to stay at Inoxpran but I’d given my word to Selle Italia and my brother. The team DS was Franco Montanelli who was a psychopath, so that wasn’t a good situation but we had a young Franco Chioccioli on the team and whilst we perhaps didn’t expect him to be a Giro winner, as he did become, you could see he was a big talent. 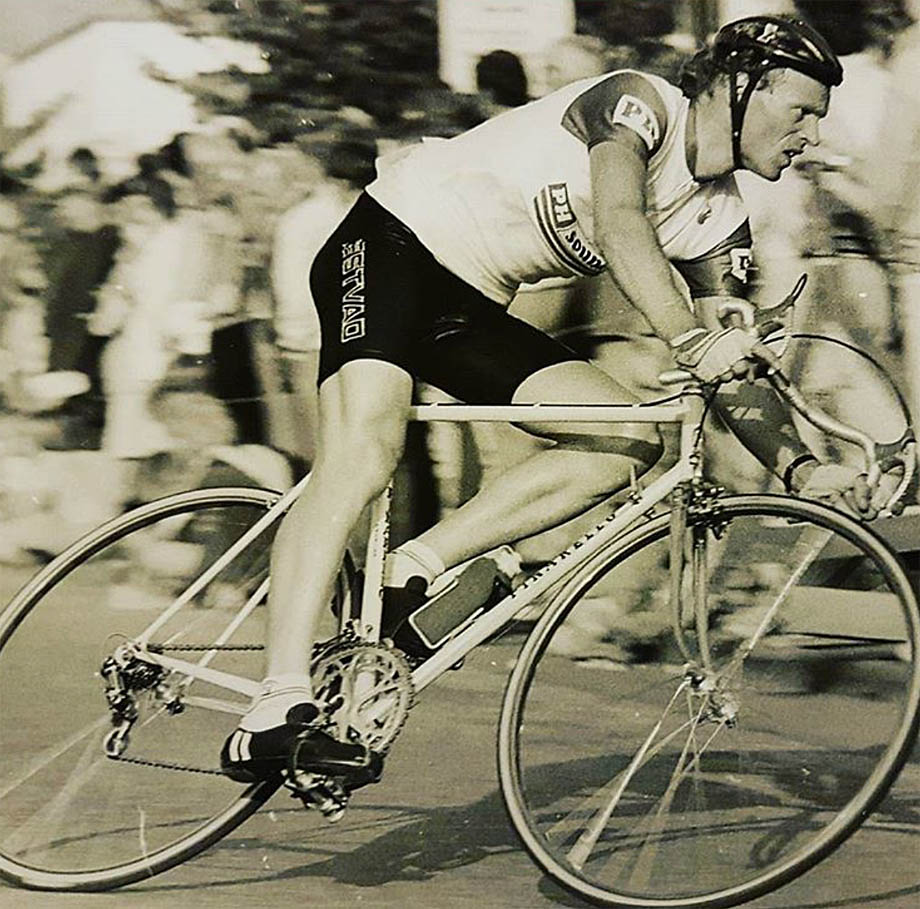 PEZ: But for 1983 you were back in Denmark.
If you weren’t a star on the Italian teams then you weren’t treated well, you always had to struggle to get the money you were due – sometimes you had to go to the DS’s house to try to get what you were due, it wasn’t nice and I just got tired of all that shit, even though I was only 26 years-old. I started to ride the six days, I think I maybe rode 35 of them with a best of fourth place; I rode mostly with Kim G Svendsen and if it was outside of Denmark, Gert Frank or HH Ørsted.

PEZ: What are your career hi-lites when you look back?
I gained a lot of satisfaction from the first couple of years I raced in Italy; since I was 11 or 12 years-old all I’d thought about was cycling – and there I was in the same peloton as Merckx, De Vlaeminck and Moser! Just to be in the same peloton and to be part of it all, seeing it live around you. . . 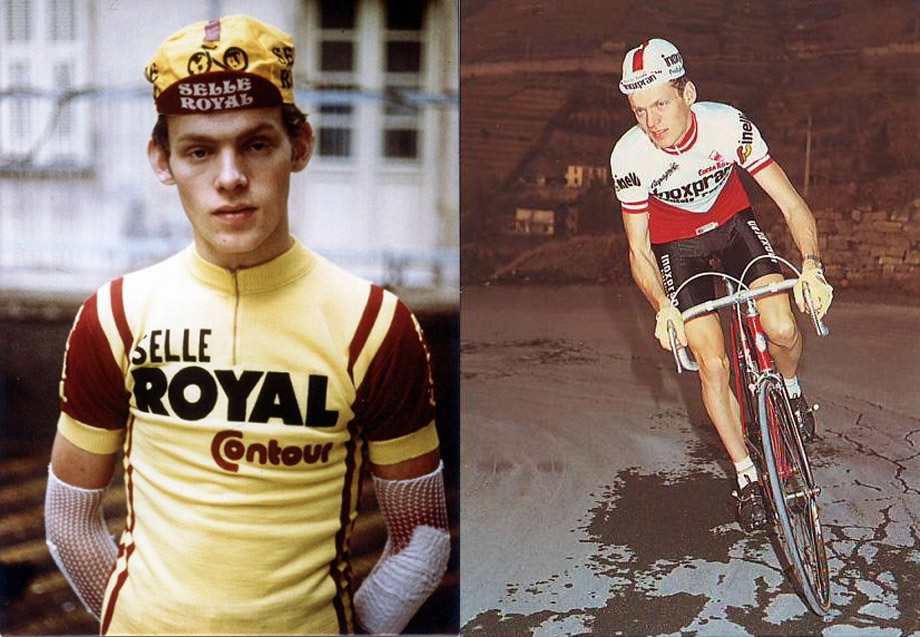 PEZ: Regrets?
I wish I had waited a year or two before I turned professional; it’s one thing going from junior to amateur but another altogether going pro. It was a big blow to discover the difference in levels – I wasn’t ready physically or mentally. If I had to do it again I’d concentrate more on getting my own results and spend less time looking at De Vlaeminck, Moser and Maertens – but I just loved being so close to them in the same peloton!

# Who wouldn’t have been a little awed in the presence of those names? With thanks to Per for his insights into the Italian peloton, Kris for setting the interview up and all the photographers for the photo archive. # 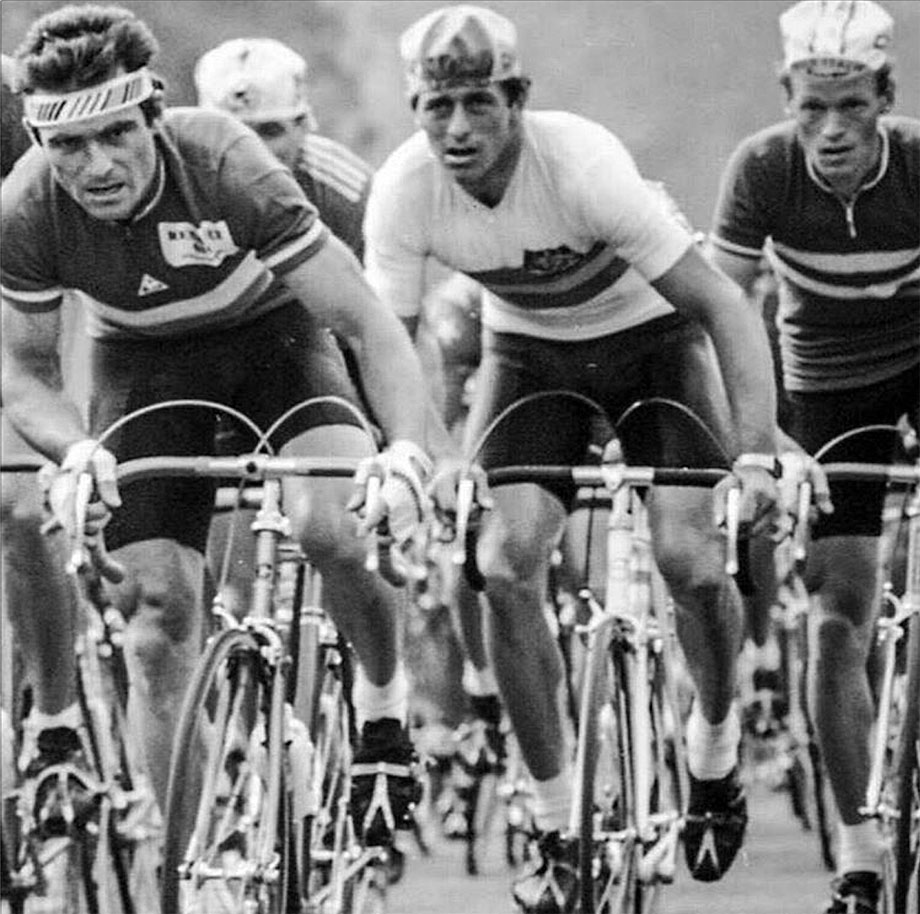 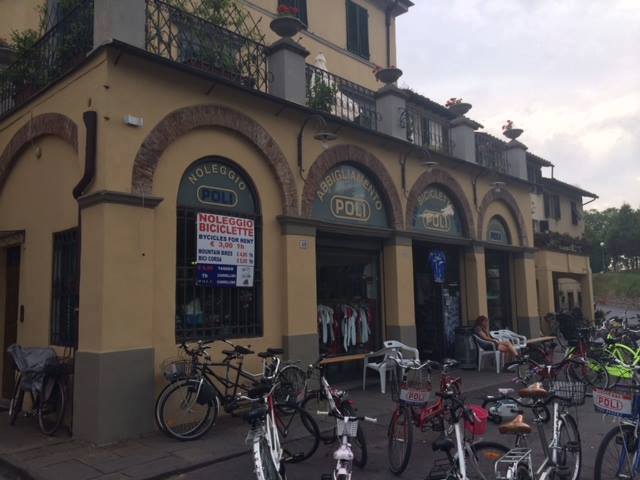 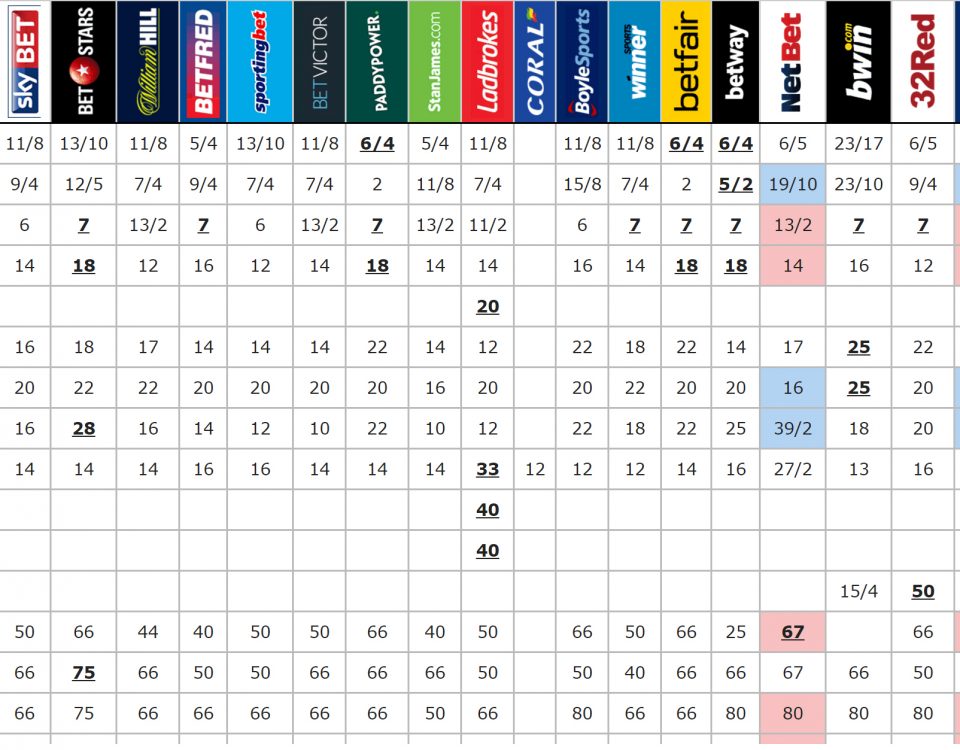 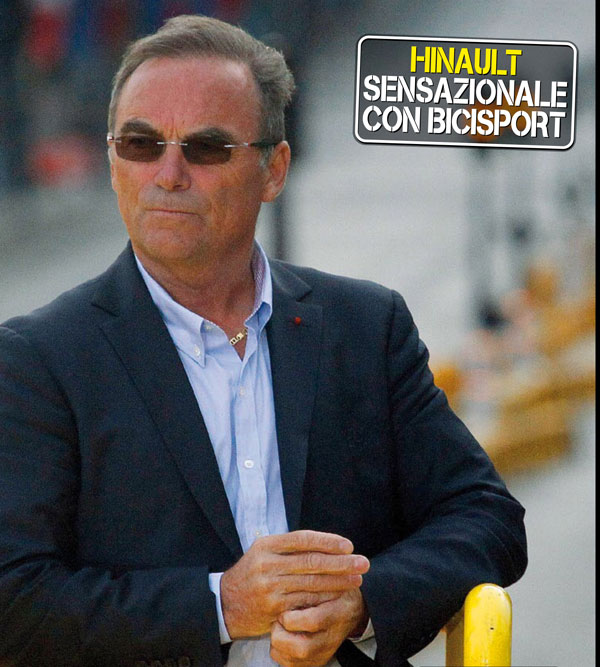